After the sold-out release party in ImportExport, here it is: our new album!

KAPUTT MUNDI, the third studio-work of TulaTroubles, the first one with the voice of Mery Diaz Serrano. 12 Songs building a backwards-travel through life.

Recorded in La Masia Studio in Barcelona (ESP), with the joyful artwork by Ercan Tuna. 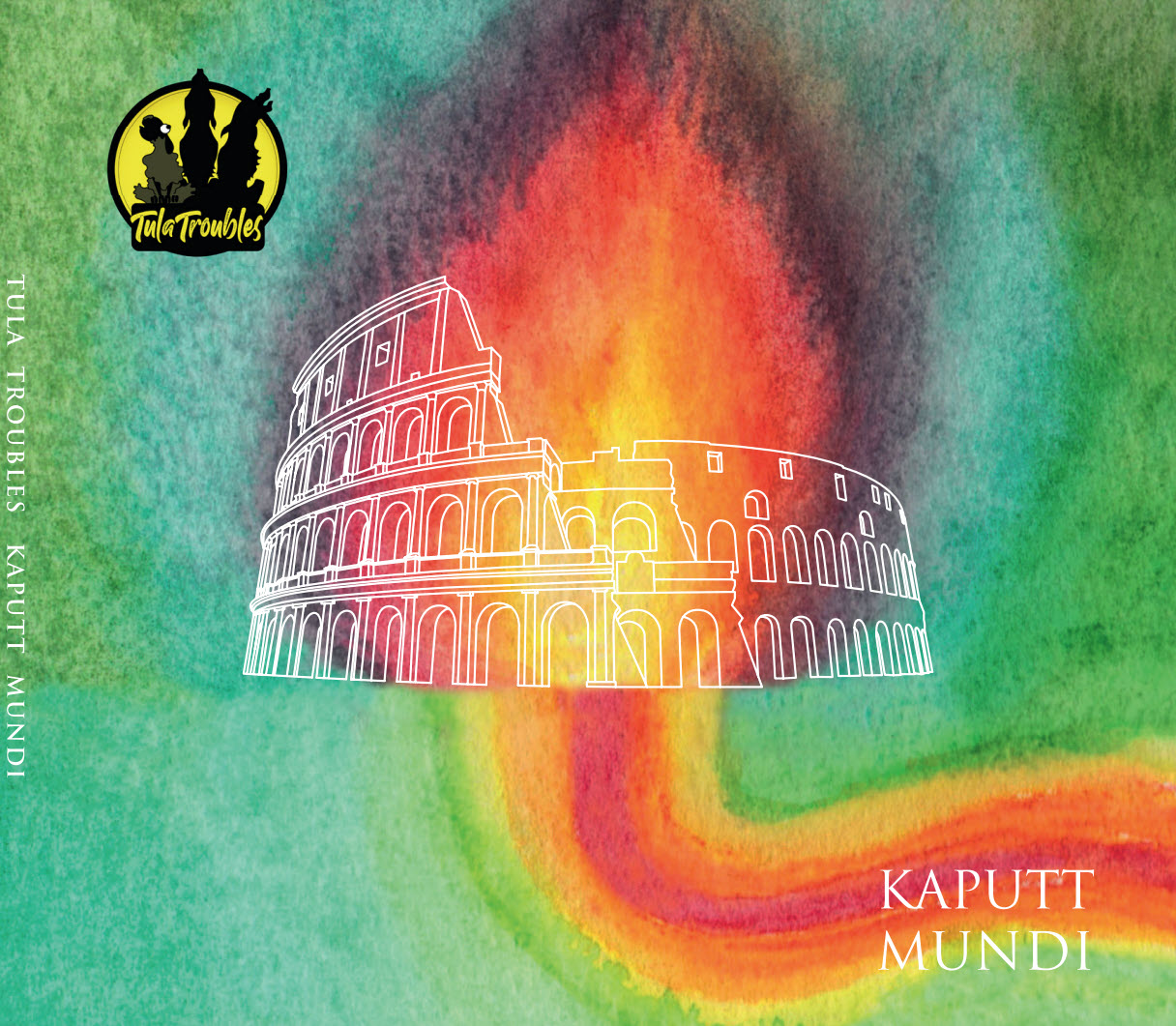 The travel of KAPUTT MUNDI starts back from the teachings at school (L’Ecole) and the building of an own personality (Changeer d’Idées), with the related psychological difficulties (Selde Hapsolmuşuz). And then the emigration (Reboot Babylon) – in our case, to Germany (Er Am Stein). Getting used to a new neighborhood (Les Consolations), finding and losing love, getting married, having children (Amar, Amanecer, Perséphone). The midlife crisis (Á 40 ans) and the only certainty in what still has to come (La Mort).TulaTroubles started working on the project KAPUTT MUNDI just after the new vocal Mery joined the band in 2019, but because of the pandemics it could be released only in October 2022.